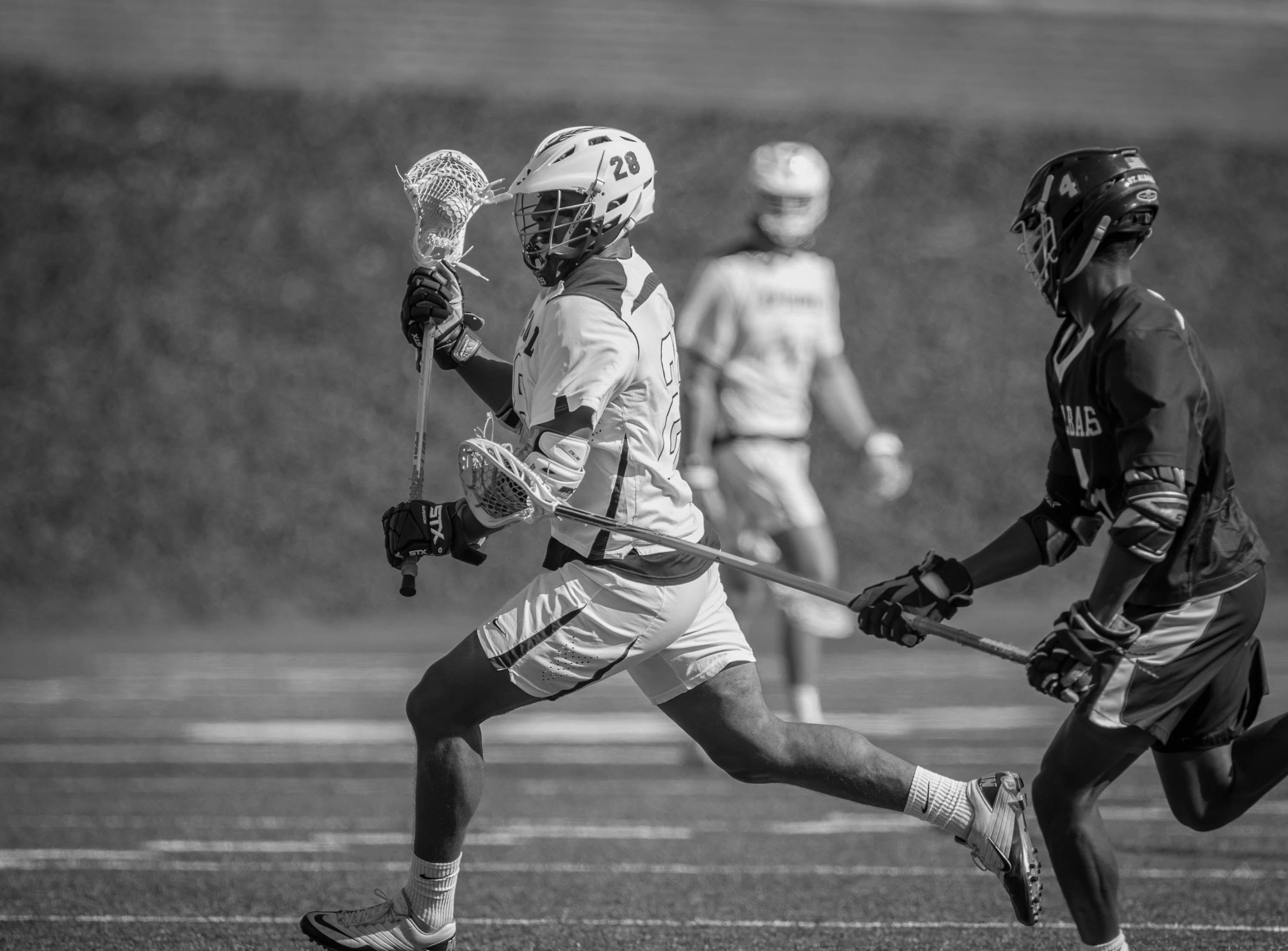 Thirty-five men, bonded together through blood, sweat, and memories.  The journey began in late February, but the team really assembled on the arid and hot grass fields of Casa Grande, Arizona.  On the Spring Break trip it was evident this group was special.  The team knew it, played like it, and loved every minute together.

The season started hot, and everyone was determined for one goal. Captains Ricky Miezan, Miles Thompson, and Michael Grogan fearlessly led the troops into battle each game and set the tone of winning every practice.  The flip-side of the game were bench captains such as Juanell Walker, Luke Mascatello, Max Foulk and even myself. With the combination of the unparalleled work ethic of the starters with the contagious energy of the “bench mob,” Episcopal entered the season as a name to be remembered.

After a 4-0 start, the Maroon faced their first challenge against Old Dominion rival St. Christopher’s in the Hummel Bowl.  In the fourth quarter, Episcopal down 11-6, junior Will Cory TOOK OVER! His stat line fails to represent the Mamba Mentality he displayed. Goal after goal (seven in total, along with two assists), Cory brought the Maroon to a sudden-death overtime with the Saints. Once OT began, Thanos (Ricky Miezan) put on his infinity gauntlet and solidified an Episcopal victory, decimating the Saints followed by an immense dog pile.

After this momentous victory, the team faced struggles throughout the season. With a strength of schedule second to none in America, the team endured our fair share of losses and difficulties along the way. As the season progressed, players changed positions, adopted new roles and developed along the way.  Tyler Bryan, Jack Kelly, and the Lee Brothers exemplified humility every day and left everything on the field for the betterment of the team. By the end of the season John McKee produced yet another highlight tape and couldn’t stop saying his coined “hayyy, gimme dat!” after every face off win.

By mid-May, the Maroon placed themselves in the Top 4 in the state of Virginia and were hopeful entering playoffs.  After a huge quarterfinal win against St. Anne’s Belfield, the boys were scheduled to play PVI, the number one team in the state at Randolph Macon College in Ashland.

The torrential rain storms predicted were perhaps pathetic fallacy, but we let that aside, buttoned up our blazers in our traditional saying “swag is for boys, class is for men.” Coach Conklin made a pre-bus ride pump up video with clips from Rocky and short mementos from former players and coaches. The goal was simple: win, but we knew it was going to take much more. The teams pre-game hype consisted of “Seven Nation Army,” “Paint it Black,” and of course “Loaded.” Coaches Conklin, Courchesne, and Blunt knew the gravity of what this game meant. An Episcopal team has not played in the State Semifinals in seven years, the last time the Maroon hoisted the trophy.

Though Episcopal fought valiantly for four quarters, the Maroon fell just short of advancing to the finals after a devastating OT loss.  For not a single second did rain stop during the game, and it was evident that this was not “our year.” Nevertheless, neither the final record nor outcome represent the accomplishments of the team.  By the end, fewer people were sad about the loss than about the ending of an era.  Every player from those who did not leave the field to the last on the bench gave everything they had to the team and left with no regrets. Every player is proud to be a part of this team and those returning are now even more motivated to continue the legacy and hold the 2019 State Championship trophy.