Cradling and Crushing the Competition 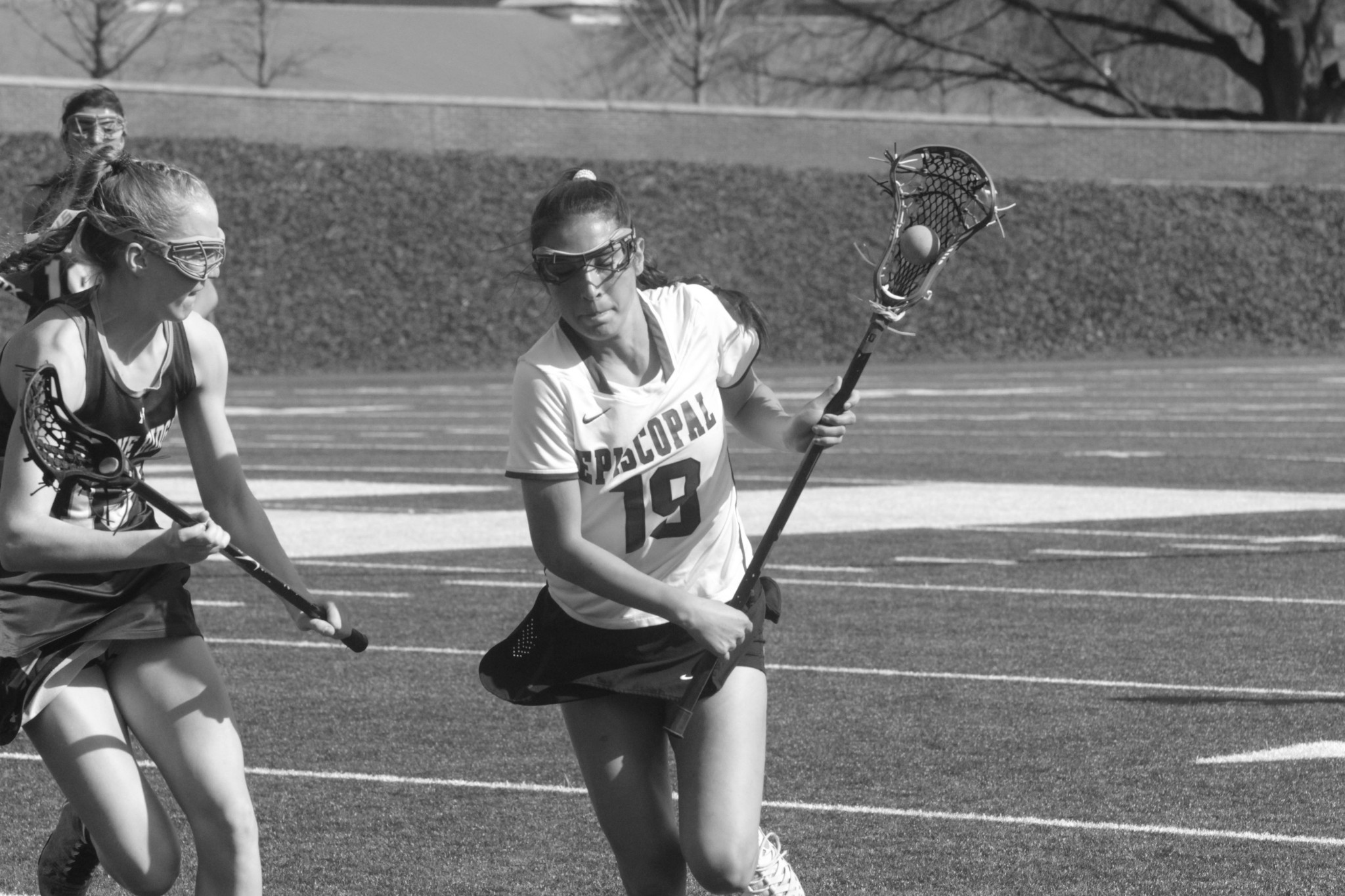 After a rollercoaster ride of a season, girls’ varsity lacrosse is coasting into summer with a strong end to the season. With no stick practices, marvelously DJ’ed bus rides in standstill traffic by our fearless leaders, wins, losses, tears, and an unbeatable team spirit and work ethic, the girls certainly played for the name on their jerseys during the home stretch.

Though suffering a couple of tough losses to some of the top teams in the area like Saint Stephens St. Agnes, Bishop Ireton, and Georgetown Visitation, the Spring Sisters played some of their best lacrosse of the season, pulling out a great win at Sidwell Friends on the opposing team’s Senior Day.

Heading into tournament season, the girls were ranked 5th in the ISL and 7th in the state, but they were prepared for the tough games ahead. In one of their best games all season, the girls played a nail-biter against #4 seed Holton-Arms during the first round of the ISL tournament, a team whom they had lost to 17-5 earlier on in the season. Facing rain and thunder delays after an already late start, EHS came out strong and put one away within the first two minutes of the game. Dominant in the draw, control, and possession throughout the first half, the Maroon were absolutely killing it with a 3-3 score at halftime. The two teams continued to trade goals in the second half, but unfortunately, the Panthers scored with less than 13 seconds remaining, taking EHS GVL out of tournament play with a 6-5 loss.

Though an upsetting ending, the Spring Sisters were proud of their play and kept their sticks up, ready to take on #2 seed Bishop Ireton in the first round of the state tournament. In regard to the Bishop Ireton game, Coach Taylor writes, “Despite the end score, the Maroon put together one of their most aggressive, competitive, and disciplined performances of the year against one of the best teams in the country. The defense…had an unbelievable showing as they caused numerous turnovers, rarely fouled, and had big saves in net.” The Spring Sisters did what they do best, playing for each other with enormous hearts and dedication, ultimately allowing them to finish out their season proudly.

Seniors Janie Stillwell (Washington & Lee), Erin Phillips (Franklin and Marshall, All-ISL and 2nd Team All-State), and Hailey Simmons (Drew) will all continue their lacrosse careers at the collegiate level. EHS girls’ varsity lacrosse sends their eight seniors out into the world with love and wishes them luck in all their future endeavors, we can’t wait to see what you accomplish. Go High School!