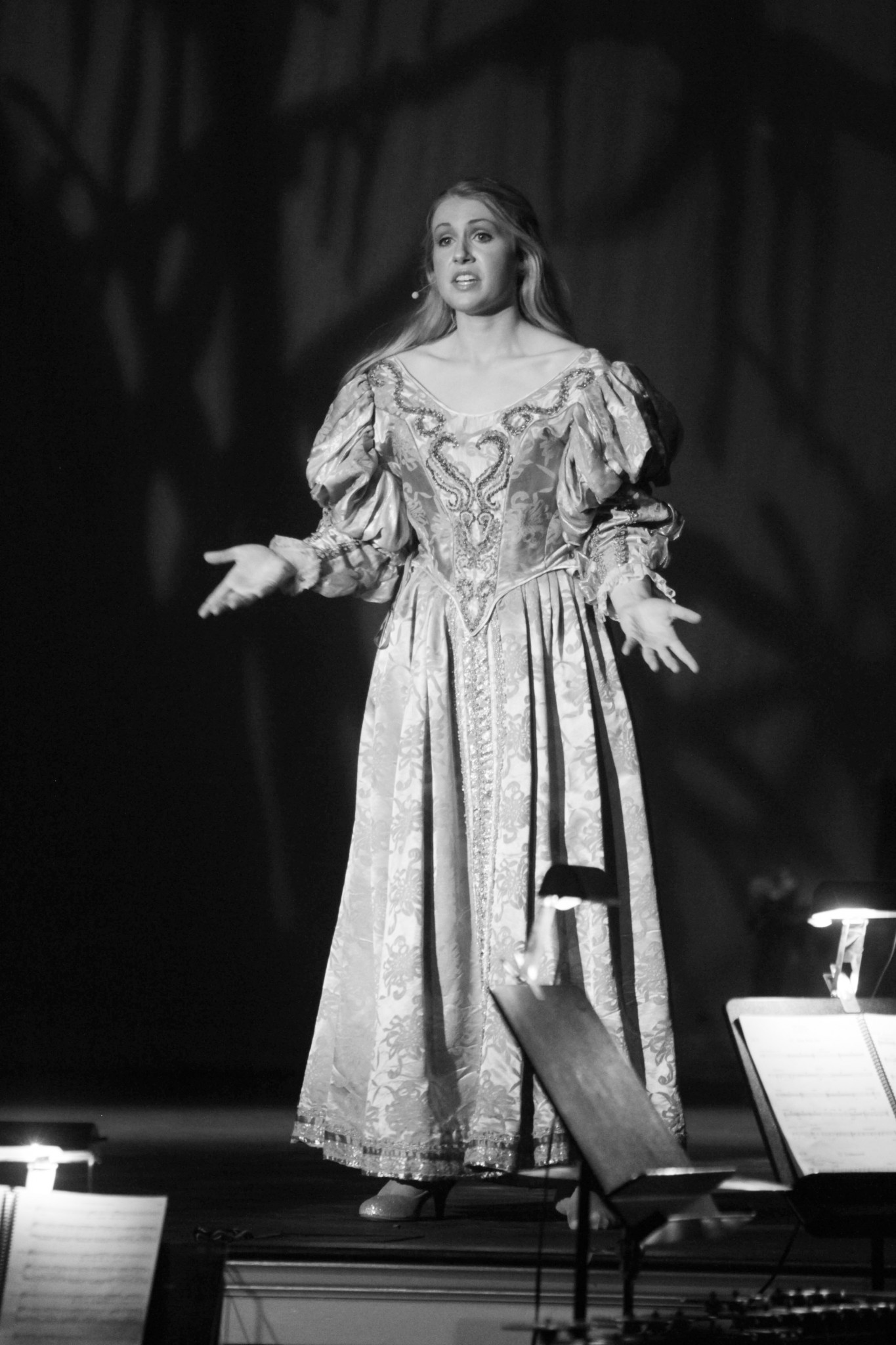 Julia Messenger performs as Cinderella in Episcopal’s production of “Into The Woods”. Photo by Elizabeth Henderson.

We have all been there. It’s a Friday, you’re sitting in chapel, and you’re waiting for the student performance to begin. All of a sudden, everyone goes quiet, and it begins. You hear someone singing, but it definitely does not sound like a student. It sounds so good, so professional, you start to wonder, did the school hire someone straight off Broadway to come and sing today? Or a professional singer, maybe? You ask yourself all these questions, only to find out that the person singing is, in fact, a student. The person singing in the front of the chapel is senior Julia Messenger.

Julia Messenger has been attending Episcopal since her freshman year, and in those four years she has participated in many EHS productions, sung in the choir and in the all-girls a capella group the “Episcopellas,” was selected to be a Chamber Singer, and has advocated greatly for the improvement of all the Episcopal’s arts programs. Julia has been singing, acting, and participating in theater for seven years. She credits her family for her initial interest in music, saying “My whole family sings, so I’ve always been around it, and I always loved the musicals my middle school put on.” Believe it or not, Julia says she was once actually “too shy” to audition for the musicals at her old school, and she did not audition for any until one of her mom’s friends encouraged her to.

As for her time at EHS, Julia says that the opportunities provided for her here have allowed her to grow as an artist. “EHS has given me lots of opportunities to perform, especially Mr. Straub (the former choir teacher) gave me the opportunity to perform at the Kennedy Center multiple times, which was amazing.”

In addition, she is thankful that she has been able to work towards the betterment of the theater program at EHS. She has been in numerous plays at Episcopal, and she says her favorite play was “Comedy of Errors” and her favorite musical was “Into The Woods,” because she got to play Cinderella, which she says was her “dream role.”

Of course, we are all wondering what Julia is going to do next. After graduating from EHS, she plans to attend Coastal Carolina in the fall, and get a BFA in musical theater. After that, she plans to move to New York City and start on her career in theater. Good luck, Julia!