The High Notes of Choir Tour 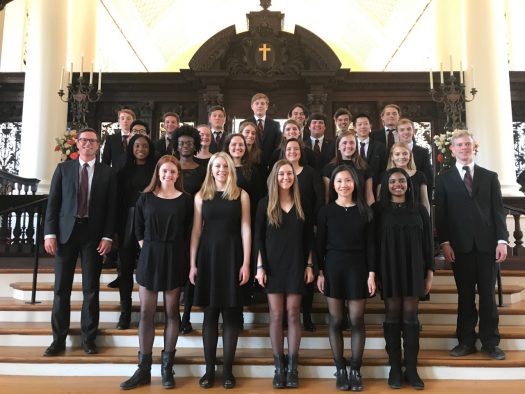 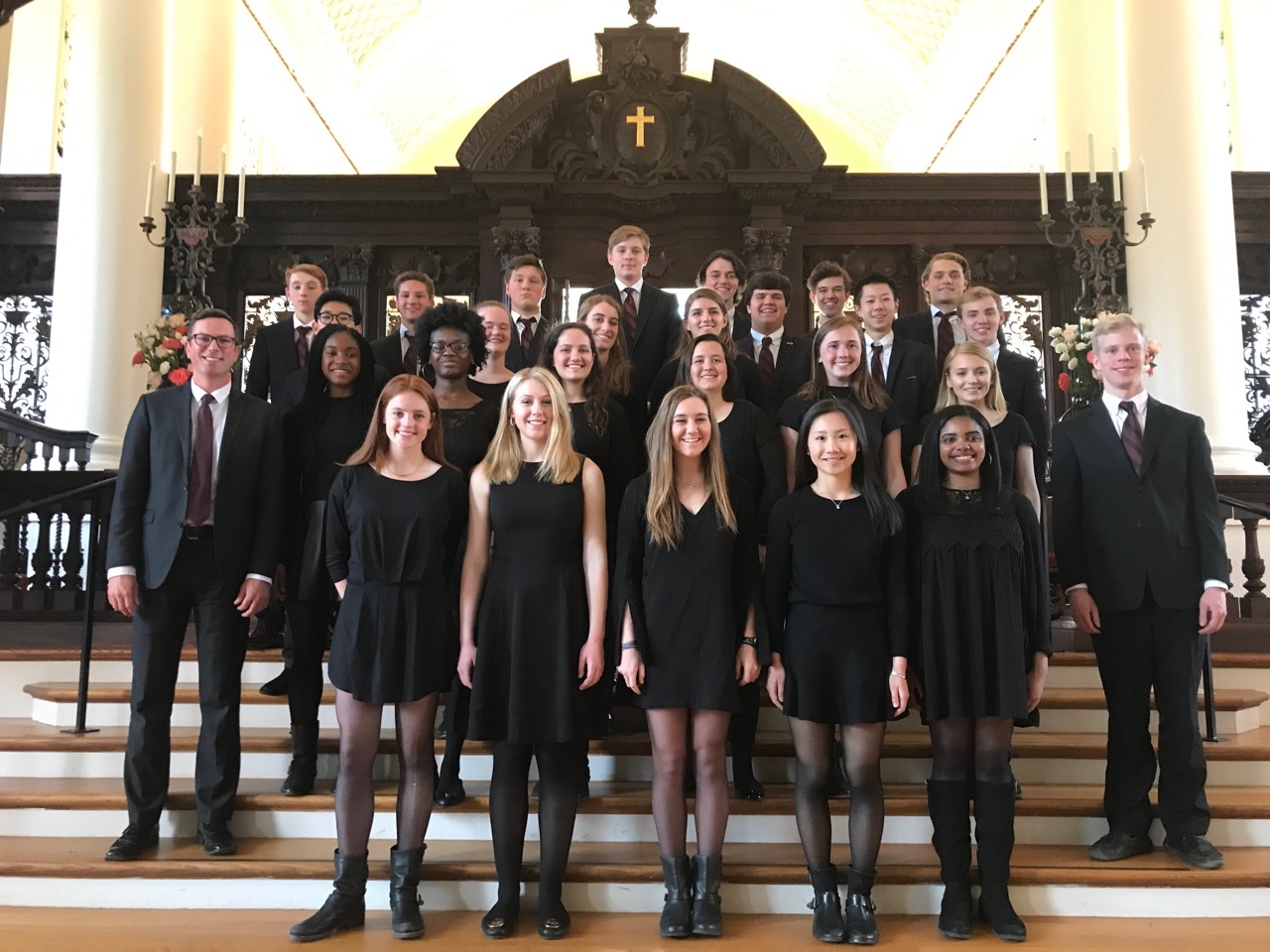 The weekend of April 7-8, Episcopal’s choir students traveled to Boston for their annual choir tour. The tour is a chance for students in choir not only to work on the music in their repertoire and perform but also to visit various important cultural sites, some of which happen to be very important sites of music history. Other than Boston, choir tour has taken place in cities like New York and Richmond. The trip is taken is the spring since by that point the choir already has a few different pieces under their belt and because it is right before senior choir members leave for their externships. Generally, the trip lasts three days and this year students were in Boston from Saturday afternoon to Monday evening.

The group departed Episcopal early Saturday morning to catch their flight at BWI. As soon as they landed in Boston and claimed their bags, they headed to lunch at FiRE+iCE, a made-to-order buffet restaurant in downtown Boston. Conveniently, the restaurant was right across the street from Trinity Church, where the choir did a workshop with Dr. Richard Webster. Dr. Webster is a composer, church musician, conductor and organist as well as the Director of Music and organist at Trinity Church. During their workshop, the group worked with Dr. Webster to improve their technique on pieces they have been working on in their classes in the second semester. The group enjoyed Dr. Webster’s innovative vocals warm-ups and exercises including a popular one where the students recited the words to their music in a Miss-Piggy style voice. The workshop was a great experience that the entire group was incredibly grateful and fortunate to participate in.

Saturday night, the students joined some parents for dinner at the Union Club located near the Boston Common, a central public park in downtown Boston. At the dinner, parents were treated to performances by the students. As a whole, the Concert Choir sang “Unclouded Day” which they have sung previously in a chapel performance. Student-led group the Episcopellas sang “Sandman” and four-person acapella group Forefront consisting of senior Julia Messenger and juniors Carson Arp, Christian Hudspeth, and Gray Shiverick sang a cover of acapella group Pentatonix’s rendition of “Valentine” by Jessie Ware and Sampha. The dinner was a great end to a long day. Once they returned to their hotel, they had the rest of night to relax and unpack from the trip.

The next morning, students had to wake up early to sing at the Trinity Church’s regular 9 AM Eucharist service. Eucharist is a sacrament in the Christian church commemorating the Last Supper. Before the service, the group worked with Dr. Webster to warm up and rehearse their pieces for a final time. Following the service, students were allotted time to explore Boston for lunch or shopping. The group met back up later in the afternoon to drive to Concord, New Hampshire for an evening service at St. Paul’s School. St. Paul’s is one of the only coeducational 100 percent boarding schools on the east coast along with Episcopal. Episcopal’s choir joined the St. Paul’s choir for their evensong service, a service of music and prayer. Students also had a chance to walk around the campus and eat dinner at the school before boarding a bus back to Boston. The students were given the rest of the night off for free-time in Boston. Some students took the opportunity to have dinner downtown or visit the local theater to catch a movie while others chose to stay in the hotel and hangout with their friends.

Monday morning, the group traveled to Harvard University where the Chamber Choir gave their last performance at the Harvard Memorial Church. After the performance, students took the time to explore Harvard and its many gift shops. Then, the group took a train back to Boston Common for a Freedom Trail walking tour. The tour was led by a guide in 18th century attire who led groups on a tour to view many of Boston’s historic sites. Some of the sites included Granary Burying Ground where famous historical figures like Paul Revere, President Samuel Adams, and victims of the Boston Massacre are buried, as well as Boston’s town halls and the Massachusetts state house. Following the tour, the students headed to the Boston Aquarium on Boston Harbor to view an IMAX movie and enjoy the aquarium. They were then given free time until they had to catch a water taxi which took them to the other side of the Harbor, where they shuttled to the airport to catch their flight home. After a few more hours of traveling, they finally arrived back to campus late Monday night.

Overall, the choir students thoroughly enjoyed the trip. It was a great experience to explore the town of Boston, as well as rehearse and perform in some great spaces. For many of the seniors, it was a nice way to end their time in choir on such a high note. The choir is sad to see the seniors go, students returning next year are already excited for what next year’s tour has in store and they hope more people will join choir in the upcoming year to enjoy this great experience.