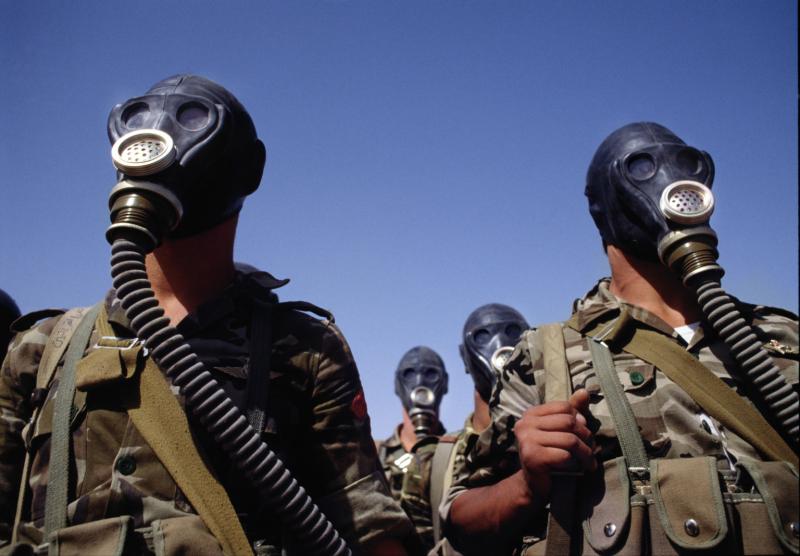 Following the strikes, the politics of the conflict and international community immediately reflected the attacks. President Trump announced the attacks on live television condemning the actions of Assad. The President went on to specify the motivation for the American response, “The purpose of our actions tonight is to establish a strong deterrent against the production, spread, and use of chemical weapons. Establishing this deterrent is a vital national security interest of the United States.” President Trump then called on the Syrian government’s allies, Iran and Russia, to condemn the attacks as well, “To Iran, and to Russia, I ask: What kind of a nation wants to be associated with the mass murder of innocent men, women, and children?” An emergency UN Security Council meeting was held in which the Russian delegation condemned the U.S., U.K., and French response. U.S. ambassador to the United Nations, Nikki Haley, stated that the United States was “locked and loaded” to carry out more strikes if chemical weapons attacks in Syria occurred again. On Saturday, the Russian ambassador to the U.S. said, “We [Russians] are being threatened. We warned that such actions will not be left without consequences.” This exchange of threats between the U.S. and Russia also included statements from Iran. The attacks have heightened tensions in the region, but some analysts are critical of the strikes as they doubt that the strikes will yield effective results. However, only time will tell. Syria and the Middle East yet again have proven to be a battleground for international relations.