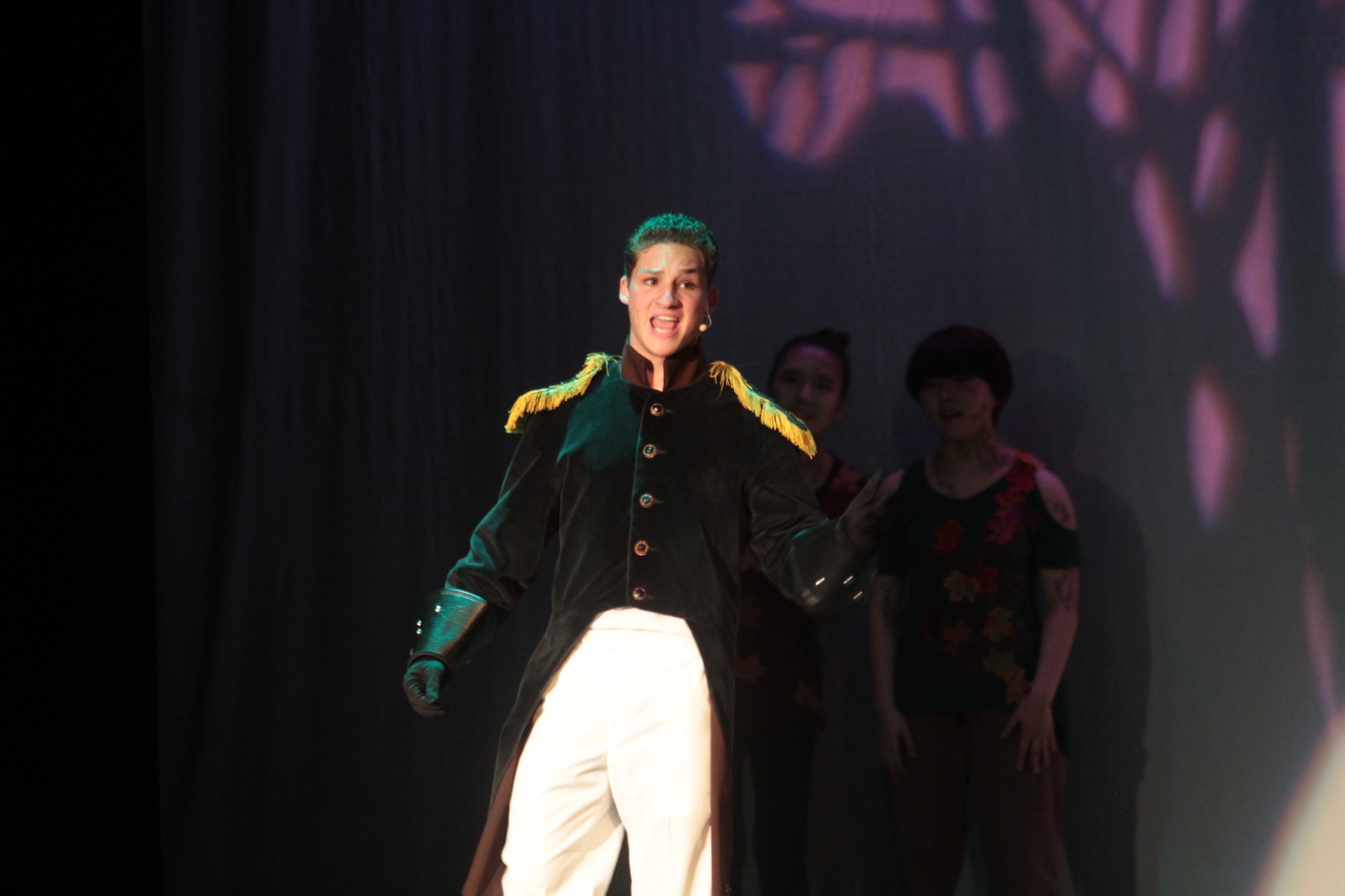 You probably know Gray Goodwyn. And if you don’t know him, you’ve probably heard of him. He’s a four-year senior, a member of the Honor Committee, a monitor, in the EHS choir and plays on the varsity football team. He’s also attending the University of North Carolina in the fall. What you may not know about Gray though is that he is also very involved with the theater program here at EHS. Whether it’s singing, dancing, acting, or playing football, he can do all of the above. Most recently, he played a starring role in the EHS theater’s winter production: Into The Woods.

Gray says his theater career began in his hometown of Charlotte, North Carolina, back when he was in lower school. He stopped doing plays when he reached fourth grade, deciding to focus more on sports during his free time. When he came to EHS, he decided to get back into it. “My sophomore year I broke my collar bone during the fall, so I couldn’t run track or do anything really physical in the winter,” says Gray “so I tried the musical and liked it, and I’ve been going with it from there.” Since his sophomore year, he’s been in three productions; Damn Yankees, Urinetown, and Into the Woods. Although he says he loved Urinetown, his favorite show would have to be Into the Woods for sure. “I loved the role that I got to play as the prince because it was fun, it was a role I could really get into and see myself playing well,” he said. He also added that the cast and energy surrounding the making of the production were “amazing” and “ended up creating a really good show.”

Being a man of many skills and being a heavily involved member of the EHS community can take its toll. But Gray says that he finds it harder to balance his school work with his other activities when he is playing sports, especially during football season. “Football season is the hardest for me because of the physical toll it takes and the practices usually go longer,” he added that “rehearsals are typically not as bad because you can get some homework done when they’re running scenes you’re not in.” When asked if he prefers acting or singing, Gray says “acting for sure.”

As for his future in theater, Gray says that as of right now he can see himself continuing to be involved in productions in college. “It depends on if it works with my schedule, my major, and other factors,” says Gray. He doesn’t plan on making a career out of it, but does hope to be able to continue to do what he loves.