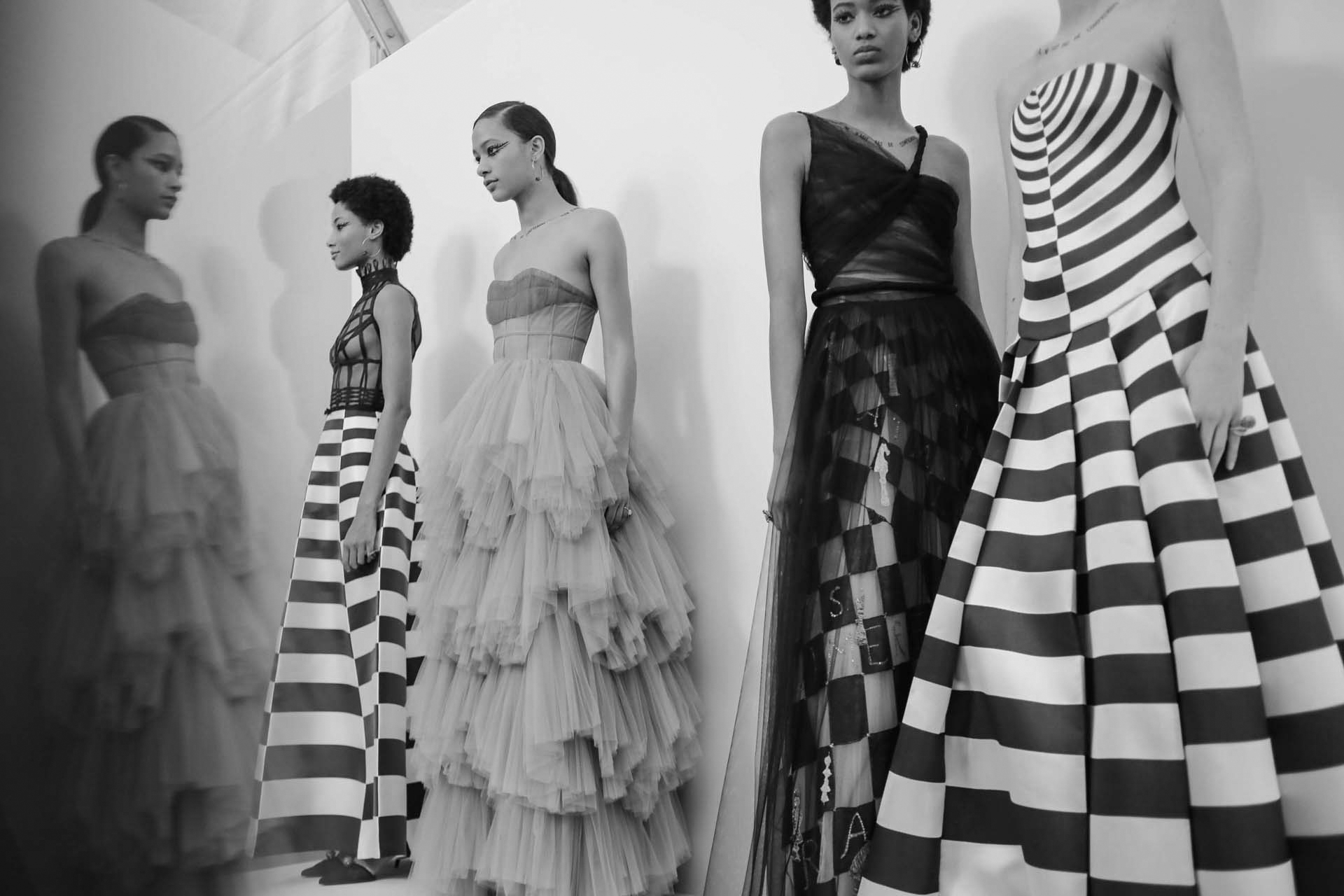 On a chilly January day in Paris, Maria Grazia Chiuri, the leading designer for Dior, unified the worlds of modern art and fashion. On her runway, she unveiled Dior’s latest couture collection, inspired by dreamlike surrealism. When commenting on her vision, Chiuri stated, “Haute Couture is a dream of fashion,” before continuing on to describe it as “a place where there are no limits to pushing boundaries and experimenting with technique, material, and form.” This show truly encompassed the idea of wearable art, and as someone who loves both fashion and visual art, this Dior collection was by far one of my favorite couture shows of the season.

Fitting to the modern art theme, the Dior show was staged in the Musée Rodin, which was transformed into a surrealist gallery. Plaster sculptures of ceramic body parts hung from the tall ceilings — a hand, an ear, a nose, and a cage — all of which are symbols inspired by artists like Salvador Dali and André Breton. Both the interior and exterior of the museum was printed in a chessboard pattern, adding an illusionary touch to the architecture of the show.

During Chiuri’s first season as the leading designer for Dior, she introduced the buzzy tee with “We Should All Be Feminists” emblazoned across the front. This shirt took the world by storm and was featured on the cover of Harper’s Bazaar, worn during the Women’s March, and seen on celebrities including Rihanna and Natalie Portman. During her latest couture show, she introduced a new slogan, with “Why Are There No Great Woman Artists?” written on the front of simple white t-shirts. This slogan suited the modern art theme well, and definitely got people to consider the role of women throughout art history. Other couture looks included full length gowns with hand painted drawings, dramatic headwear, tulle masquerade masks, and monochromatic optical illusion printed dresses.

The show ended with an extravagant masquerade ball, where over 800 guests made their way to the party under candlelight. The New York Times described the ball as being “wild, wacky, and utterly absurd,” all of which are words I would attribute with the surrealist modern art movement. All in all, Maria Grazia Chiuri truly outdid herself with the latest Dior collection, and I can’t wait to see these artful pieces worn on fashion influencers around the globe.