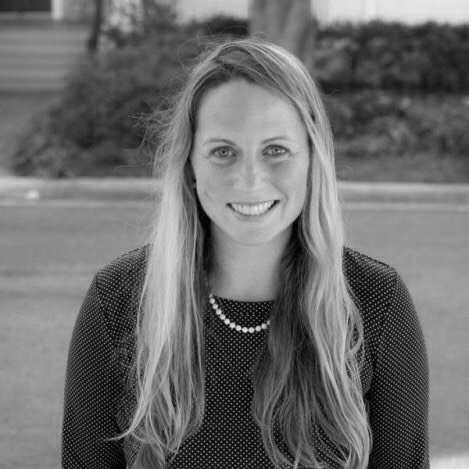 If you are ever looking for advice on how to juggle several roles and positions, accomplish the duties of each one sensationally, and still maintain a calm and positive demeanor, Mrs. Smith is your go-to gal.

As a four-year starter and two-year captain on the Duke University Women’s Lacrosse team, Mrs. Smith helped lead the Blue Devils to two ACC regular season championships, an ACC Tournament title and an NCAA semifinals appearance. When she was not playing lacrosse, Mrs. Smith was delving in her studies as a history and political science double major, paving the way to later earn a law degree at Georgetown University in 2010. She went on to work as an associate at Ekstrand & Ekstrand, LLP in Durham, NC, where, to this day, she continues to practice educational law and criminal defense. In addition to her role at the law firm, Mrs. Smith also juggles her responsibilities as a teacher, coach, and advisor at EHS, while also serving as the Secretary-Rules Editor for the NCAA Women’s Lacrosse Rules Committee — wow, that’s a lot. As Secretary-Rules Editor for the NCAA Women’s Lacrosse, Mrs. Smith drafts the rules changes adopted by the Committee, updates the rule book accordingly, and acts as the official interpreter of the rules between meetings of the Committee, along with several other duties for this position. Yep, the rules that dictate NCAA Women’s Lacrosse games were established by our very own Mrs. Smith!

While managing each of these roles, Mrs. Smith is also a wife and a mother to a five-year-old and a two-year-old, Savannah and Sullivan. And on nights when Mrs. Smith is not at home with her family, she spends her time very wisely… she hangs out with the Dal Gals!

Though it may seem impossible to have a schedule as dense as Mrs. Smith’s and be wholeheartedly immersed in each task it entails, Mrs. Smith executes all of her responsibilities with fervor and devotion. According to Isabelle Holt, one of Mrs. Smith’s lacrosse players, “At practice, Mrs. Smith makes us feel like this team is the most important thing in her life. She has a million other things going on, but you would never know it.”

So you all are probably wondering, is she superwoman? The answer is yes.