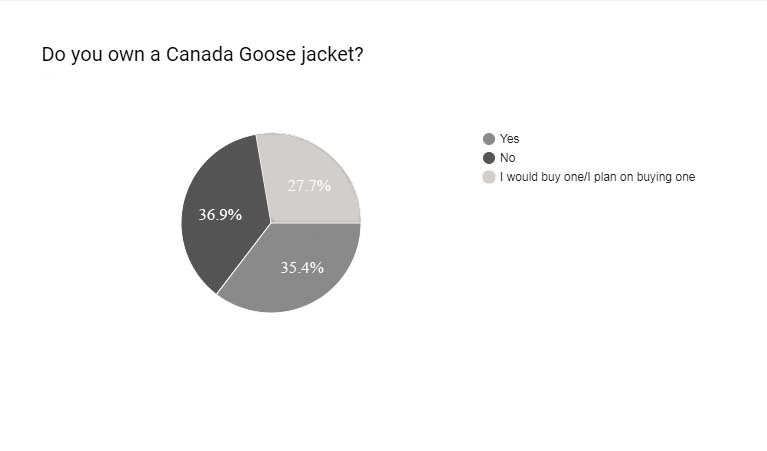 How can you possibly own a coat with a fox that was boiled alive and puppy stuffing? If this is what you are asking owners of Canada Goose jackets, please brush up on your facts. That being said, the purpose of this article is not to tell you that killing animals is morally permissible. Rather, my goal is to explain why I feel comfortable wearing one.

Before I decided to buy my own Canada Goose, I was concerned about the controversy surrounding the coyote fur and goose feathers. However, after doing extensive research on the company’s policies, I’ve realized that my previous concerns were unnecessary.

First, Canada Goose has made a promise to their customers to provide maximum protection against winter weather conditions, and to provide extreme warmth in even the coldest places on Earth. Since the coats were originally made for those braving the arctic chill of Antarctica, there is no denying that these jackets are the warmest you can buy. As a native Texan, the Northern Virginia wintry weather feels like that of the arctic tundra so Canada Goose seemed to be the obvious choice when investing in a winter jacket. Like many other customers, I appreciate the warmth and high quality of the natural material. And with the knowledge I have collected and Canada Goose’s fur policies, I feel comfortable with the decision I have made. 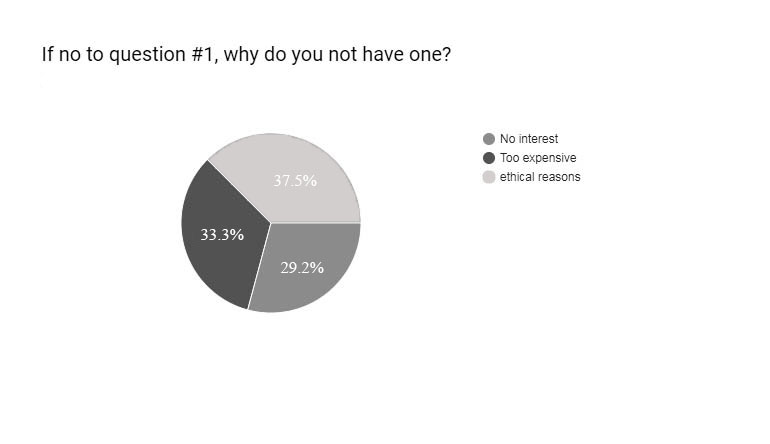 Second, I personally believe all animals are entitled to humane treatment. Canada Goose shares the same opinion, stating: “we are deeply committed to the responsible use and ethical sourcing of all animal materials in our products.” While there is much controversy surrounding the company, Canada Goose is committed to providing full transparency about their products, including ethical sourcing and responsible use of animal products. The Canada Goose Fur Transparency Standard certifies that the company never purchases fur from fur farms and never use fur from endangered animals. Fur used in the production of the jackets is bought from certified coyote trappers. While traps are regulated at a provincial/territorial level, they are 100%  legal in Canada. Therefore, it is perfectly normal for trappers to access animals in this way, like they have done for years.

Third, fur trapping has been a part of Canadian culture for centuries. All around the world, humans have immense access to natural products and have been using them to their advantage since the dawn of time, Canada Goose continues with the tradition of living off the land and contributing to rural economies. As for the down, Canada Goose sources it exclusively as a by-product of the poultry industry. Of all ways that animal fur is obtained by designers, I think that this is the most ethical.

Why coyote fur specifically? According to Canada Goose’s Fur and Down Policy, the company “[has] chosen to use real coyote fur because it is highly abundant. In fact, in many regions of North America, coyotes are considered a pest as they attack livestock, endangered prey species, pets and sometimes people.”  In 2004 alone, coyotes killed $10.7 million worth of sheep and lamb, animals that are great resources for humans. In addition, the U.S. Government kills around 90,000 coyotes a year in population control programs where the species has become an issue.

Why can’t we use synthetic materials instead of animal materials? Modern technology has produced synthetic down and other alternatives to goose feathers, as well as fake furs made of plastics. But what does this do to the environment? The chemicals that go into faux-fur hurt the environment more than the nonviolent killing does. Faux-fur and synthetics used in animal-alternative clothing are not sustainable for the environment and can cause an even bigger issue than the loss of a few coyotes.