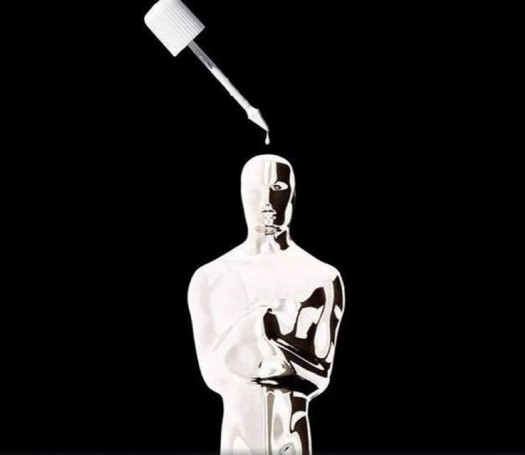 On January 14th, those in the entertainment industry held their breath as the Academy of Motion Picture Arts and Sciences announced the nominees for the 2016 Oscar Awards. Once the announcements were made, it was as though a bomb went off across online news sources and social media, #OscarSoWhite began going viral, and film fans prepared themselves for yet another white-washed awards season.

Mirroring the 2015 Oscars, this year all twenty actors nominated share one similar attribute, their race. Not one actor of color received recognition from the Academy, despite stellar performances by numerous black actors. This could include performances by Michael B. Jordan and Tessa Thompson in the sports-drama Creed, Abraham Attah and Idris Elba in war-drama Beasts of No Nation, Corey Hawkins, Jason Mitchell, and O’Shea Jackson Jr. in the music bio-pic Straight Outta Compton, and Benicio del Toro in the crime thriller Sicario.

However, the most criticized picks are the nominees for Best Picture. The Academy can nominate up to ten films for this award, yet only nominated eight. The films nominated were The Martian, The Revenant, Mad Max: Fury Road, Room, Bridge of Spies, Spotlight, The Big Short, and Brooklyn. Many have complained that the Academy failed to recognize two of what many consider to be the best films of 2015, Straight Outta Compton and Beasts of No Nation. Notably, these films feature predominantly black casts. So how is it that the Academy simply overlooked these equally qualified films, especially when they had two more nomination spots?

While all of the films nominated for Best Picture were worthy of recognition and received critical praise, most do not feature a diverse cast or crew, nor do they represent the amount of such diverse films released this year. From the highly praised Tangerine—which featured transgender actors in trans roles—to Dope, an indie film about black geeks. 2015 was a year with so many incredible diverse films and outstanding black actors, and that is something that should be celebrated at the prestigious Academy Awards.

The answer may trace back to the Academy itself. A 2012 survey by the Los Angeles Times showed that 94% of members were white and 77% were male, the average member age being 62. These numbers are not representative of moviegoers in a nation where minorities make up 40% of the population. It’s no wonder diverse actors are robbed of proper recognition at the Awards—it’s a minority lost in a white majority, and it is not right. The data goes further: the Academy is broken up into fifteen branches and some of these branches are made up of white males exclusively. While not necessarily deliberately racist, it leaves entire categories in the hands of a homologous voting pool. The Academy Board has 43 members, of which six are women, and only one person of color. As an avid film watcher, these numbers are disheartening.

Many actors have voiced frustration in response to the all-white nominations. Lupita Nyong’o stated that “The Awards should not dictate the terms of art in our modern society, but rather be a diverse reflection of the best of what our art has to offer today.” Actress Jada Pinkett Smith and director Spike Lee announced that they plan to boycott the awards this year. The boycott has gained support from a wide and diverse group of celebrities, including Mark Ruffalo, Tyrese Gibson, and Snoop Dog.

Amid the controversy, Academy president, Cheryl Boone Isaacs, stepped forward to state that she is “both heartbroken and frustrated about the lack of inclusion… it’s time for big changes.” The Academy has in fact announced “an ambitious global campaign” to increase the diversity among members. So while this year’s Oscars will be “So White”, there is hope that the issue will be fully addressed, and that in the future, we may see more black actors taking the stage to receive much-deserved recognition.